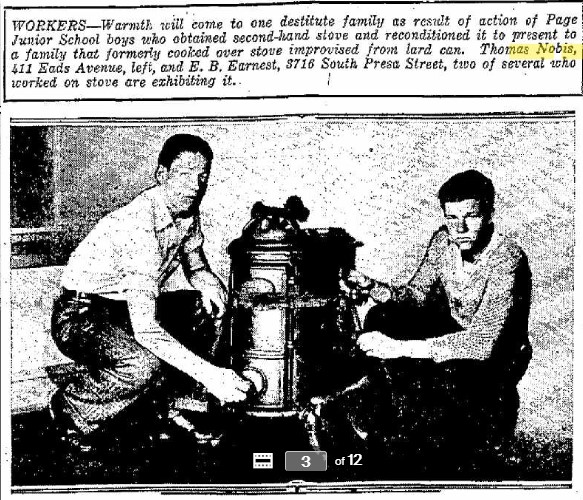 The 16 year old at left is Thomas Nobis, Sr., Tommy Nobis' father.  He's shown
in this 1931 San Antonio newspaper article making  a stove for a destitute family.
As you will see later, the acorn didn't fall far from the tree. 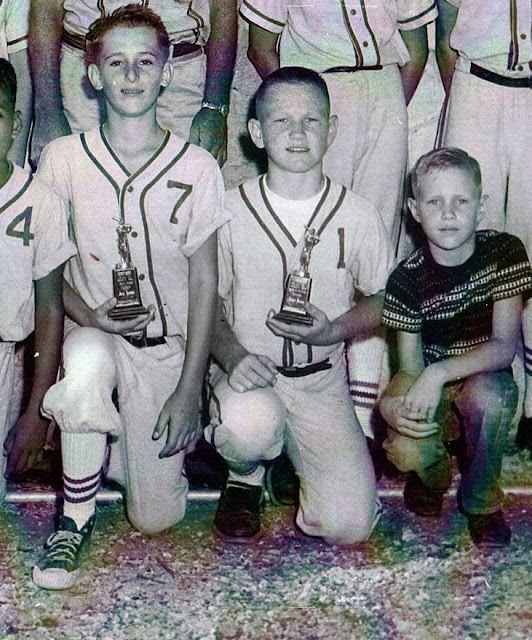 The little guy in the center is a 10 year old Tommy Nobis receiving his first sports award.
His Little League baseball team won their division, and he was named outstanding player.
"Little Red" as they called him later became "Big Red."
Posted by Vintage Muscle Men at 2:30 AM