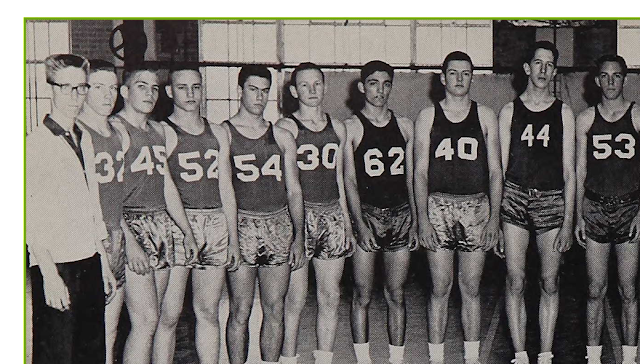 When Tommy Nobis arrived at Thomas Jefferson High School in San Antonio for his freshman year, he told them he was interested in sports.  So they put him on the Freshman basketball team where he was one of the two scrawniest players.  He's #30 above at left center.  Tommy got bigger quickly. 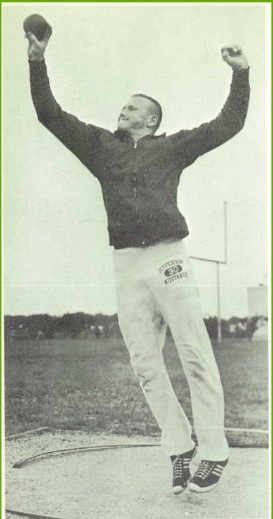 They let him play some football his sophomore year, plus he joined the Track team.
This is from his junior year when he was a shot putter. 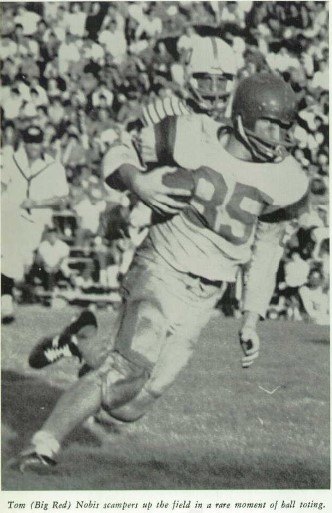 It was in football, however, that Tommy's star really began to shine.
He played both offense and defense as an end, and even got to run
with the ball on occasion, as here.  They called him "Big Red." 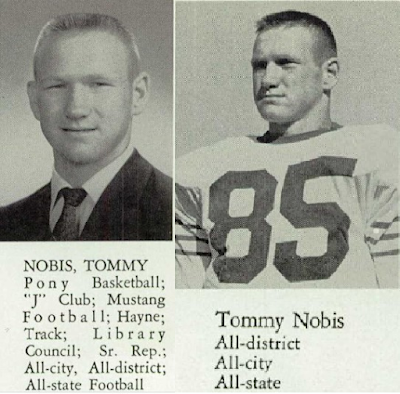 I made this composite from Tommy's senior yearbook photos.  The college
football recruiters already had their sights on him for some time.
Posted by Vintage Muscle Men at 2:30 AM