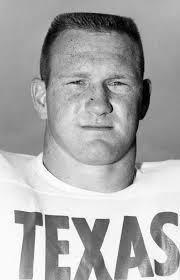 Tommy Nobis was the most highly sought after college recruit in Texas the year he graduated from Jefferson High.  He was quoted later as saying he narrowed it down to the two best programs which expressed interest in him, The University of Texas and OU, Oklahoma University.  He visited Austin first and then went up I-35 to Norman.  After a few days at OU he chose Texas.  Why?
"All they did while I was at OU was badmouth Texas, so I picked the Longhorns." 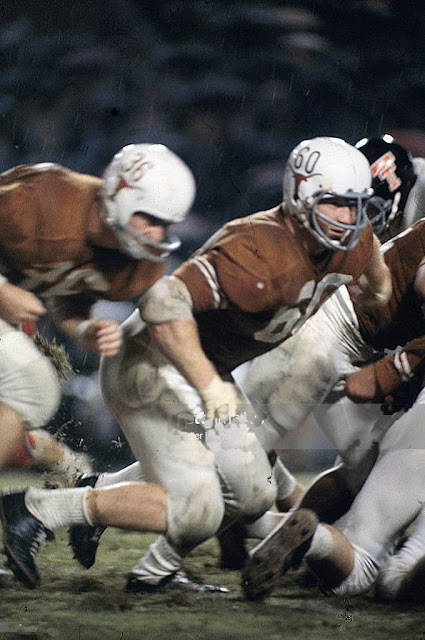 The only sophomore on Texas' 1963 National Championship team, Tommy was made a starter
after only a few games.  Here he is shown against Texas Tech, but later that season he sacked
Roger Staubach of Navy in the Cotton Bowl where the championship was won 28-6. 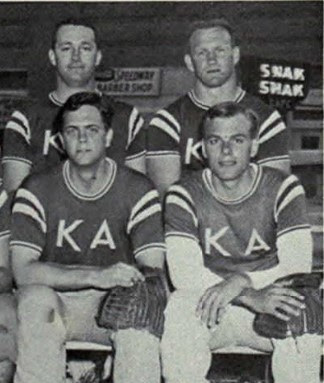 Somehow Mr. Nobis had time to play intramural fast pitch softball for his
fraternity, Kappa Alpha.  Needless to say, they had a great couple of seasons.
The Snak Shak was still a favorite place to eat when I was at UT six years later. 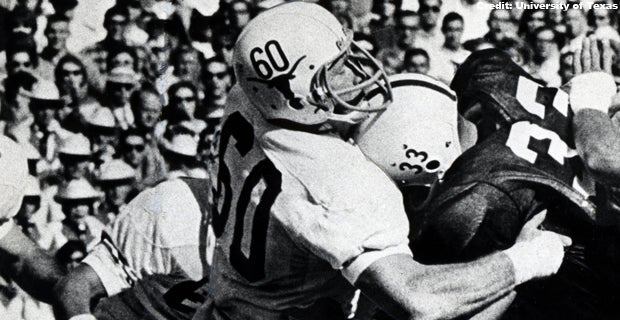 This shows Tommy stopping an Alabama running back in his tracks in his last college game at the 1965 Orange Bowl.  In an upset over Joe Namath and the #1 Alabama Crimson Tide, Tommy and the #5 'Horns defense held the Tide on four downs at the one yard line to win.  It has been called the most heroic goal line stand in college football history. 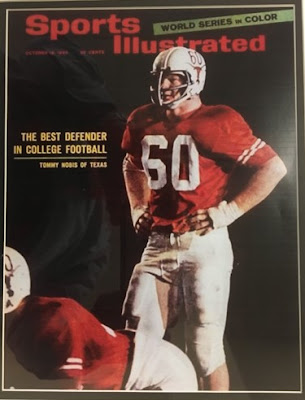 That last season, Tommy made the cover of Sports Illustrated.  It was time for the Pros.
Posted by Vintage Muscle Men at 2:30 AM