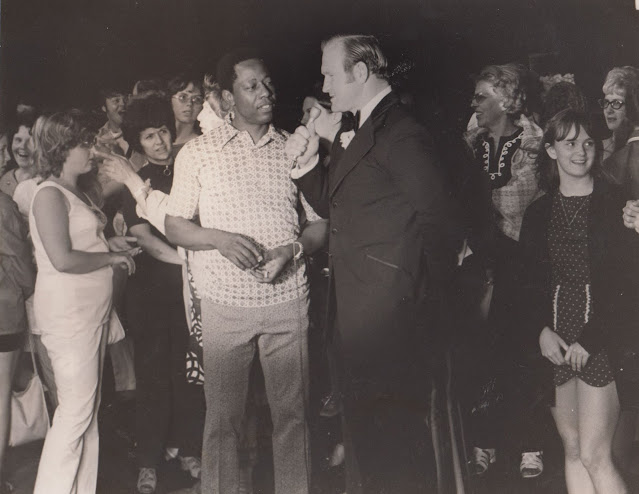 "Retirement" at age 33 was not a concept that went well with Tommy Nobis' work ethic.  After a very brief idle period, he accepted a front office job with the Falcons that involved recruiting and public relations.  He had already been instrumental in founding the Georgia Special Olympics, and pushed forward with that, receiving the Joseph P. Kennedy, Jr. Foundation Award in 1977 for his efforts.  That's Hank Aaron whom Mr. Nobis is interviewing at a Special Olympics event. 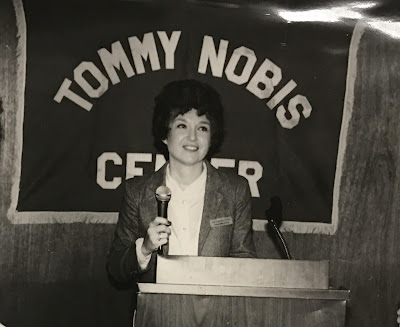 Tommy Nobis' NFL career was long before the era of multi-million dollar contracts, but he used his personal funds and his connections in the sporting world to found the Tommy Nobis Center in 1977.  This is Connie Kirk, the lady Mr. Nobis hired that year to run Center, which started as a two desk office, a phone, and an old fashioned banner in the back corner of a Northside business park.  Ms. Kirk remained as CEO for 39 years, and as you will see, worked with Tommy to make it a truly great non-profit that has provided real opportunities for over 25,000 disabled people.
Posted by Vintage Muscle Men at 2:30 AM