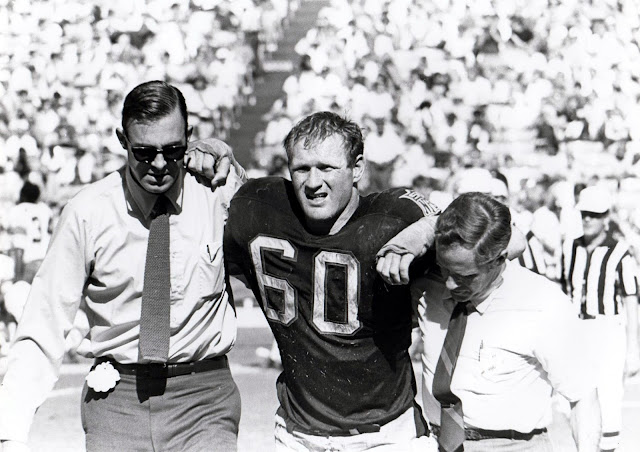 Tommy Nobis had two major knee injuries that would have been career enders for lesser players.  He came back from major knee surgery twice at a time when it failed more often than it succeeded. 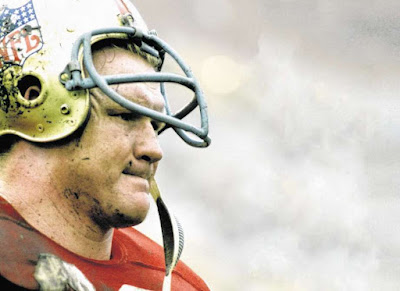 Although he looks worn and battered, I think there is something noble about this photo taken
during one of Tommy Nobis' later Pro Bowl appearances.  He was getting tired of carrying
the whole team on his tired shoulders, and his playing career was drawing to an end. 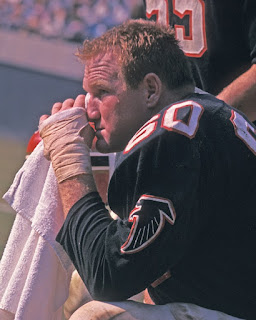 Things got so bad during the 1976 Falcons season that Mr. Nobis briefly walked out after a disastrous game against a not very good Seattle team.  In that game, he was one of only a few Falcons players who put forth any real effort, getting banged up while lesser players went through the motions.  Tommy did complete the season, but announced that he would retire at its end. 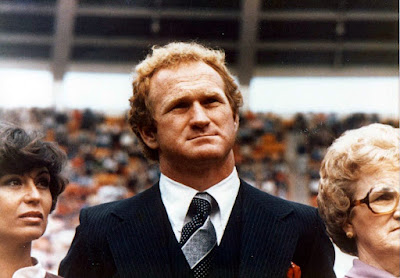 I think this photo made at the old Atlanta-Fulton County Stadium was taken shortly after Tommy Nobis' retirement from playing.  As you will see, he would continue to be quite active in football and other pursuits.  His hair here is longer than I have ever seen it, but then it was the 70s.
Posted by Vintage Muscle Men at 2:30 AM