In between, there was family 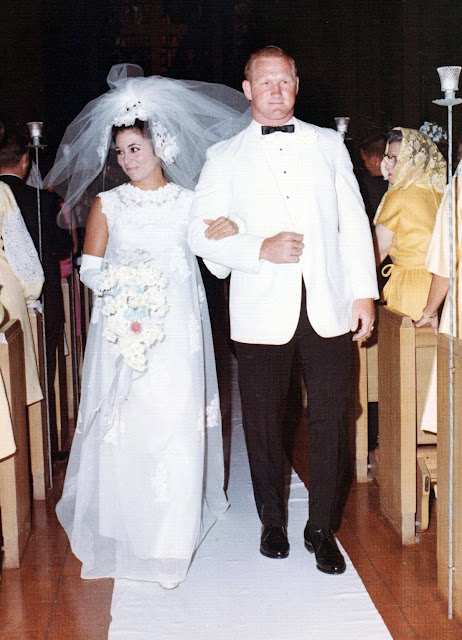 Tommy Nobis married his college sweetheart, Carolyn "Lynn" Edwards, on June 17, 1967.  Their marriage endured until Tommy's death over 50 years later, and they built a family in Atlanta. 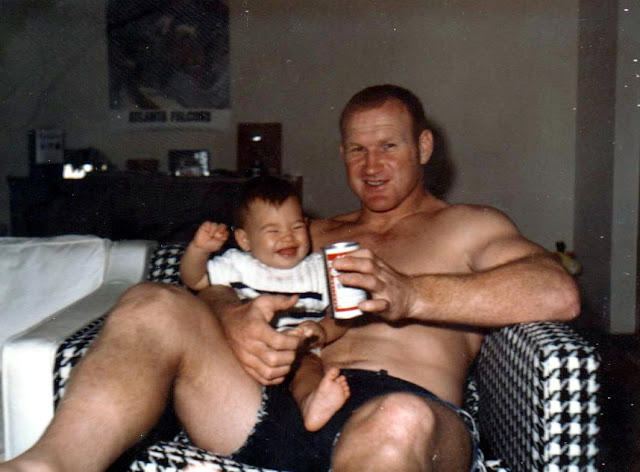 Mr. Nobis seemed to enjoy fatherhood, and maybe the beer helped, lol.
The baby is Tommy III, as our football star was "Tommy Junior." 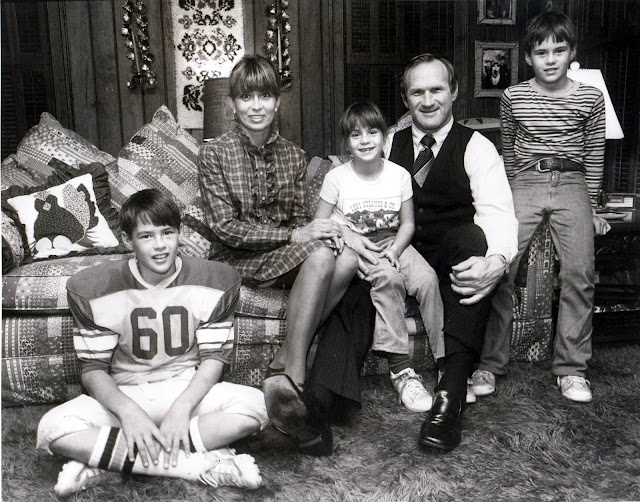 Eventually there were three kids, with Kevin and daughter Devon joining Tommy III. 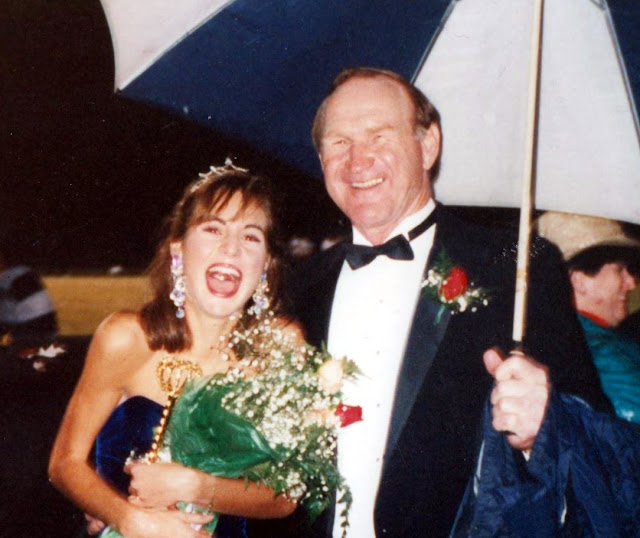 I think Devon chose her Dad to be her escort when she was homecoming queen at her Atlanta high school.    Looks like it was a rainy night in Georgia, and Tommy really did clean up good.
Posted by Vintage Muscle Men at 2:30 AM