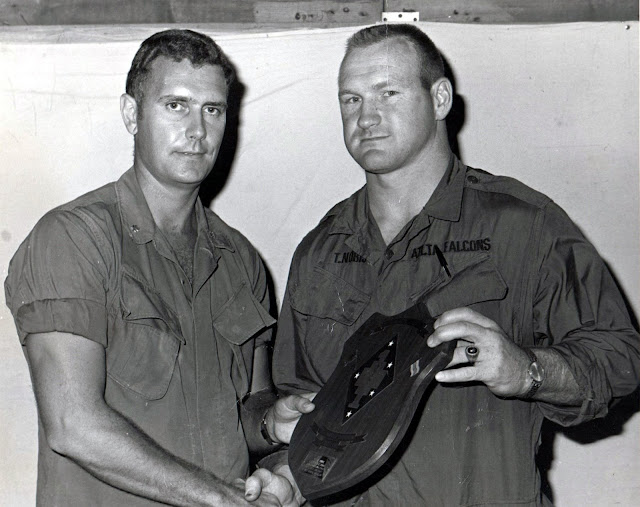 Tommy Nobis served his country in the Georgia National Guard from 1965 through 1970,
having signed up before his contact with the Falcons went into effect.  Tommy earned an
Expert Marksman rating and made several USO tours of Vietnam.  Here he is shown
receiving an award for those tours while wearing special fatigues made for
him and three other NFL players who joined the effort. 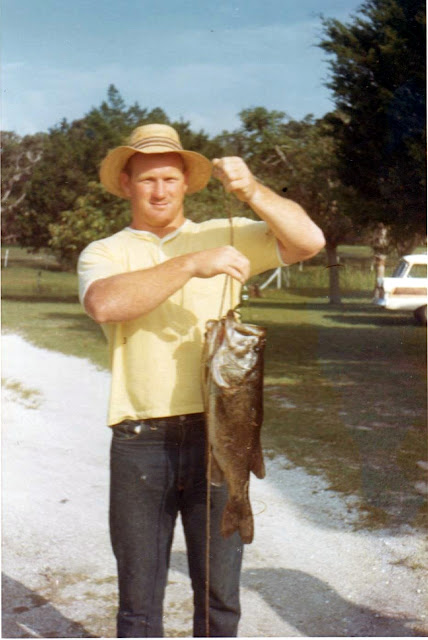 When he wasn't doing football or serving in the National Guard, Tommy enjoyed fishing. 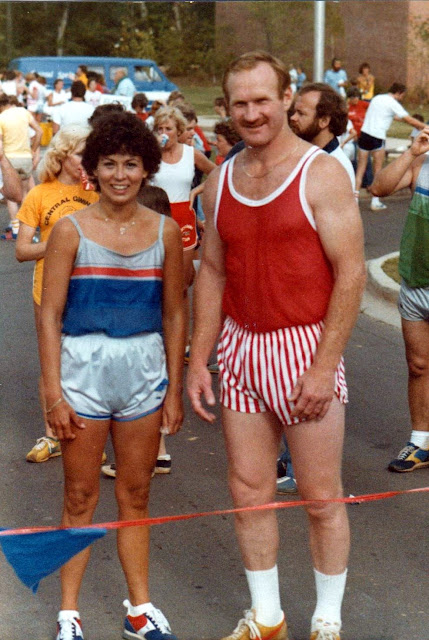 Mr. Nobis was on the track team in high school, and his wife Lynn was athletic, too.
Here they are taking part in Atlanta's Peachtree Road Race.  And that brings
up his family life, which we will look at in the next section.
Posted by Vintage Muscle Men at 2:30 AM