My second encounter with Tommy Nobis 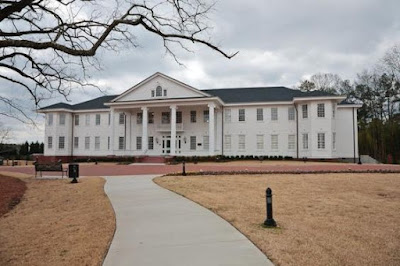 In 1986 I moved from the New Orleans area to Metro Atlanta and got a job as a psychiatric social worker on the neurological rehab unit of the private hospital shown above.  Shortly after I started work, there was a severely challenged (both physically and mentally) young man on my caseload whom we had taken as far as our program could help him.  He needed a residential placement and hopefully vocational training, but I could not find an appropriate facility willing to take him.  The family's insurance had run out, and they did not have the funds for further private treatment.  In desperation, I went to our well connected medical director to avoid using a state facility.  He reached in his desk, handed me a card with a hand written phone number on the back, and said,  "Call Tommy Nobis."  My jaw dropped open, and I stammered, "Tommy Nobis the football player?"  That outstanding and kind doctor smiled and replied,  "Is there any other Tommy Nobis?"  I called him. 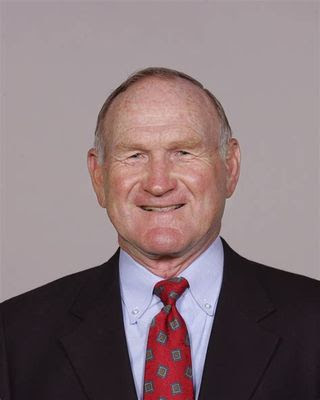 I had to leave a message on a machine, but I got a callback the next day.  I explained the young man's injuries and history, and the severe problems he faced.  Mr. Nobis said,  "We like a challenge.  I'll have somebody call you right away."  Before we hung up, I told him I had seen him play football against Baylor in 1963 and went on to be a University of Texas graduate partly as a result.  He even remembered the score and closed the call with a hearty "Hook 'em Horns!" 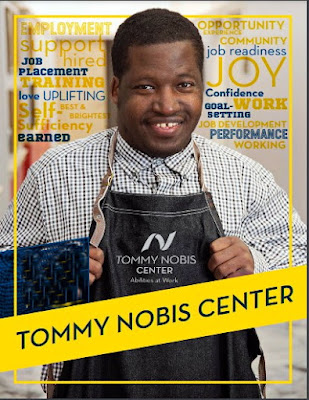 The photo above is a generic one used in the 2000s, but the concepts were the same when I made that referral in 1986.  The young man in question was given speech therapy, physical therapy, job training, personal coaching, and a place in assisted living until he was ready to move into a supervised apartment with three other Tommy Nobis Center clients.  The folks at TNC even arranged surgery to help with a lingering physical impairment.  Perhaps most importantly, they eventually found "Mikey" a job that gave him dignity and self sufficiency.  The outcome surpassed all expectations. 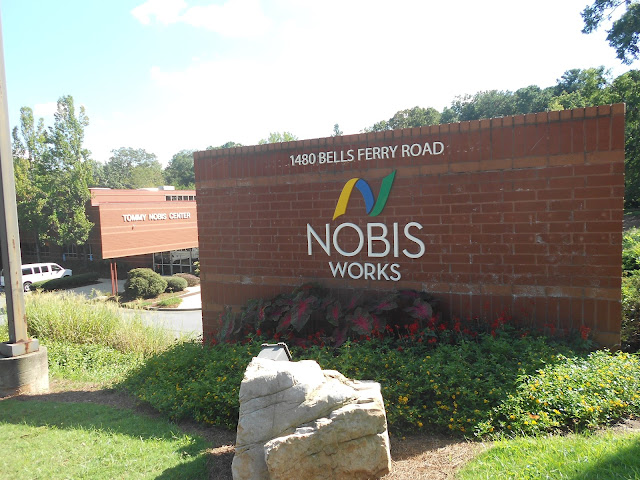 The efforts of Tommy Nobis and the great staff put together by Connie Kirk did not go unnoticed in the Atlanta area.  Thanks to Tommy's tireless fundraising and word of mouth, donations poured in, and in 1992 ground was broken on a beautiful campus in the leafy suburb of Marietta.  The work goes on there today, as well as in a number of outlying training and residential facilities.
Posted by Vintage Muscle Men at 2:30 AM