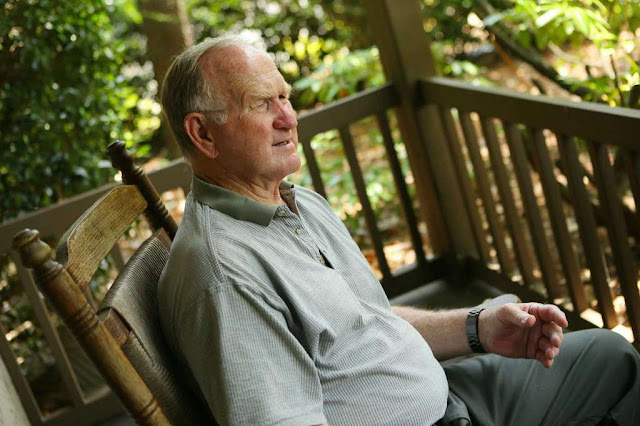 After age 70, Tommy pulled back from the Nobis Center, although he was still officially on the board of directors.  People noticed during this time that his ebullient charm wasn't coming through in his photos and the increasingly rare public appearances.  He was suffering from significant cognitive decline and was increasingly out of touch with what was going on around him.  This picture of him on his rocking chair porch in Sandy Springs and the one below from a Falcons event show a bit of that. 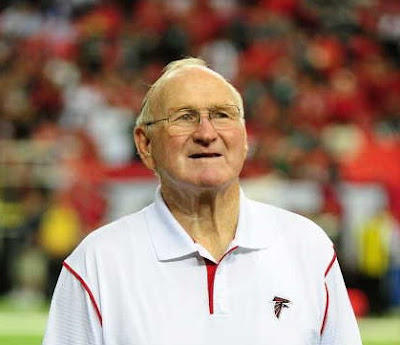 Well before Mr. Nobis passed away on December 13, 2017 at age 74, his family publicly shared that he was suffering from dementia.  You can read his wife Lynn's touching description of those last years  here.  When the end came, a special postmortem confirmed suspicions that he had suffered from chronic traumatic encephalopathy, a type of brain syndrome that afflicts many long-term football players.  The family went public to raise public awareness and described years of having to deal with unexplained anger outbursts, irritability, and confusion.  The specialist who did the exam said it was one of the worst cases he had seen and that "an ordinary person would have died from this quite a few years ago."  Even in leaving us, Tommy did some good by providing valuable data.