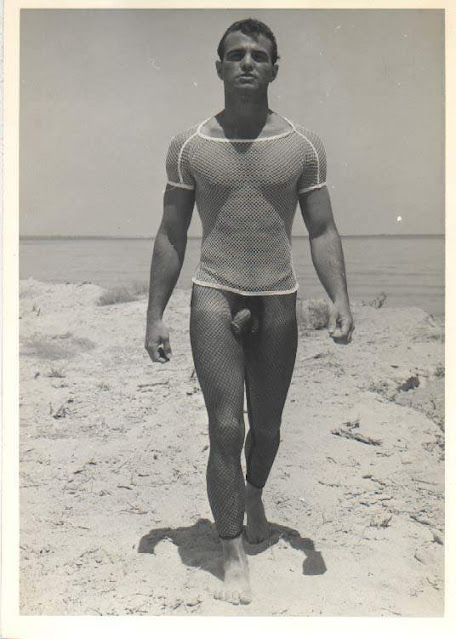 This Mel Roberts photo of Gary Seegar is one of the most unusual postal censor dodges that I've seen.  Just about all the pre-1968 photographers used posing straps, there were all manner of strategically placed towels, bedsheets, tree branches, hands, etc, and Champion used see-through and mesh underwear.  This is the only instance I've seen, however, of a male model using what looks like modified fishnet pantyhose.  Oh well, whatever it takes as they say.  And fwiw, Gary doesn't seem to be at all bothered by it.  Maybe they let him keep the spiffy matching net T-shirt.
Posted by Vintage Muscle Men at 2:30 AM