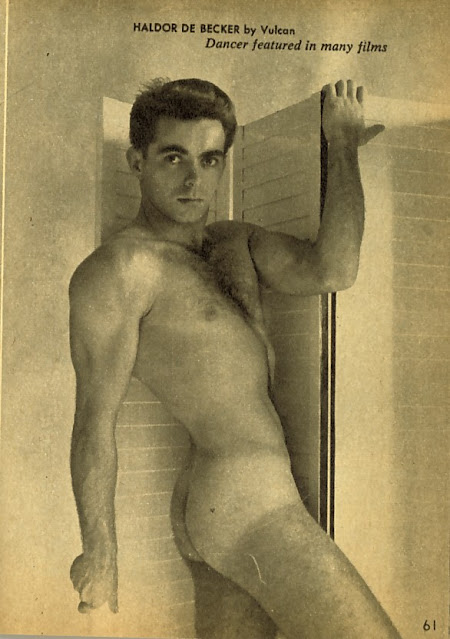 Hal de Becker was a child actor on Broadway who went on to be best known as a dancer.  In the 1950s he picked up some movie roles and eventually moved to Los Angeles where he not only worked in film, but also successfully taught dancing classes to aspiring actors.  Married with six children by two wives, he and his second wife toured as a dancing act with Nat King Cole and Liberace.  Busy guy.
Posted by Vintage Muscle Men at 2:30 AM

Email ThisBlogThis!Share to TwitterShare to FacebookShare to Pinterest
Labels: Vulcan