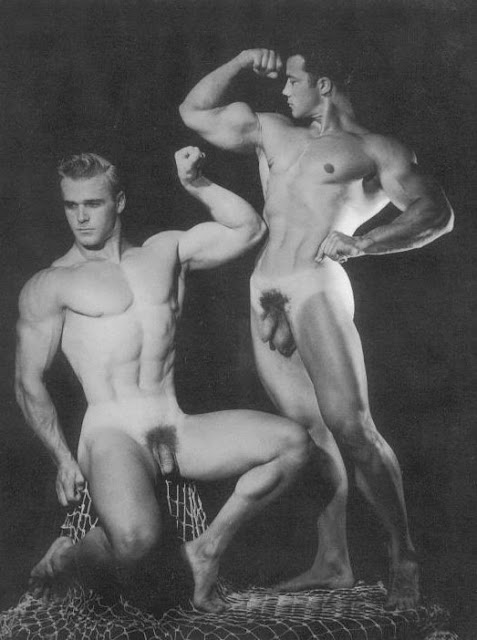 Clifford Oettinger is one of those physique photographers who leaves me wanting to know more about him and his work.  As you will see, more is known about some of his models that we know about him.  We do know that he was Detroit area based, used some of the same models as Doug Juleff, aka Douglas of Detroit, and used the trade name of Michigan Models at times.  There is a rather limited amount of work firmly attributed to Oettinger, and most of the photos of his favorite model, Glenn Bishop are unattributed.  It doesn't help that the style and outdoor locales he favored were also used by Juleff and Bob Delmonteque, among others.  Anyway, Oettinger is getting his own double feature today, starting with this picture of Vic Seipke and Jim Park.