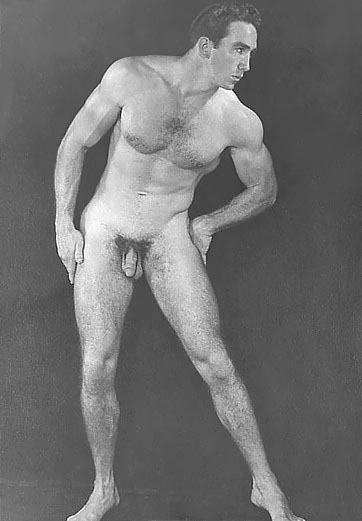 In the dying days of the old tumblr blogs, I suddenly realized that a lot of content would be gone soon, so I started downloading like crazy.  Now my usual practice is to record any information about an image along with the source to be credited later.  None of today's photos had any information, though, and I didn't have enough time to record the sources, nearly all of which are now gone anyway.  So in a photographic looting spree akin to the sack of Rome, I got todays' goodies.
Edited to add:  JamesIV says that this it Tom Matthews.  See his comment below for more.
Posted by Vintage Muscle Men at 2:30 AM