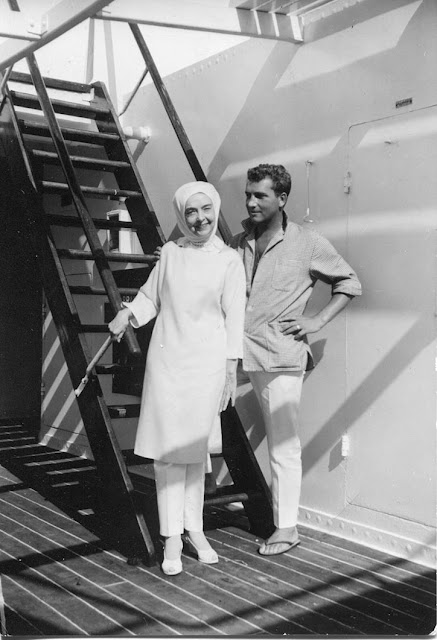 That's silent movie star Lillian Gish with Bob on an ocean liner in 1961.  When his relationship with Werner Bandi faded, Bob took up being an "escort" for older wealthier women.  As Bob was quite firmly homosexual, it is doubted any sex was involved.  When Bob aged out of that line of work, he took up department store window dressing and interior decorating.  Didn't I tell you he was gay?

Posted by Vintage Muscle Men at 6:30 AM