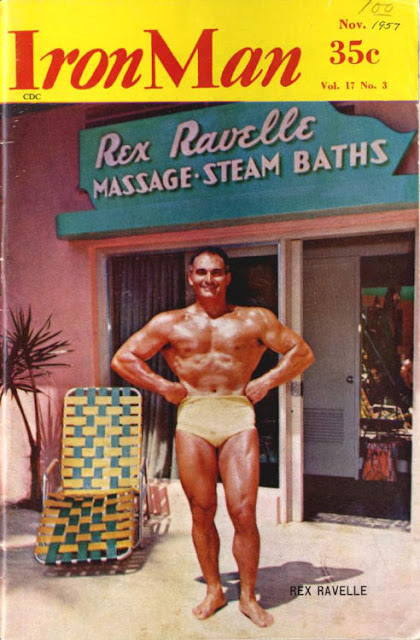 After he moved to Hawaii, Rex opened a successful gym/spa poolside at the
Waikiki Biltmore Hotel in about 1955.  It made the cover of Iron Man in November of 1957.
His mark on the Hawaii gym scene was such that he still gets mentioned in the local press as a pioneer of the business in our state.  BozB tells me that Rex returned to California later in life and unfortunately experienced some difficult times due to bad business decisions.
Posted by Vintage Muscle Men at 2:30 AM

Email ThisBlogThis!Share to TwitterShare to FacebookShare to Pinterest
Labels: physique