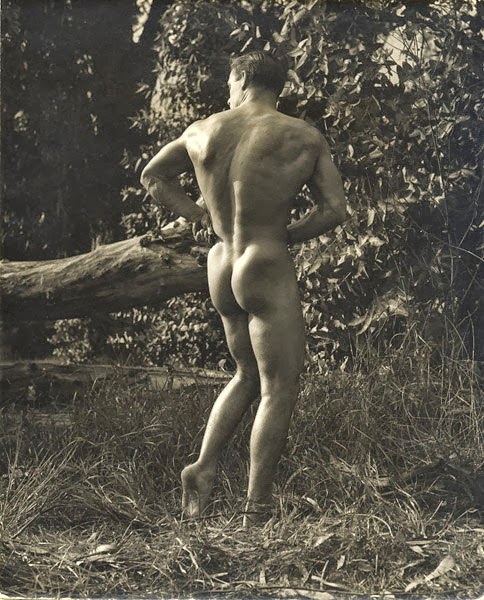 Dave Martin came into his own as a photographer of male nudes in the post World War II era.
He fearlessly took full frontal pictures at a time when it could land him in jail.  And it did at least once, however briefly.  Despite his legal problems, he prospered and succeeded in getting some very masculine models to pose for photos they had to know were pitched to gays.  Derriere shots form a relatively small portion of his portfolio, and I am featuring some of my favorites in today's second Dave Martin series.  We start with this woodland photo of Ed Siemens