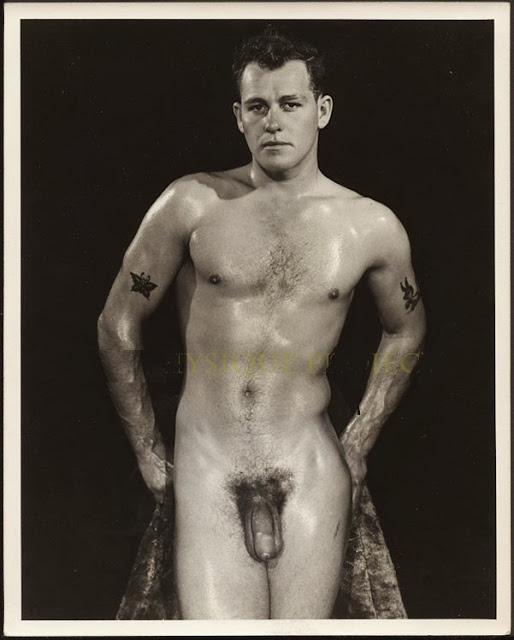 I recently read a believable article which said that there is good evidence that many of the male nude photos sold by Kovert of Hollywood were not actually taken by Fred Kovert.  It seems that many of them were made by a variety of photographers under Mr. Kovert's supevision.  That might account for some noteworthy variations of style and technical prowess among Kovert images.  We start our Kovert series with this shot of Jack Conant, a bodybuilder and model who apparently didn't mind having his photos pitched to gays.  He even had his family portrait (with wife) done by AMG.