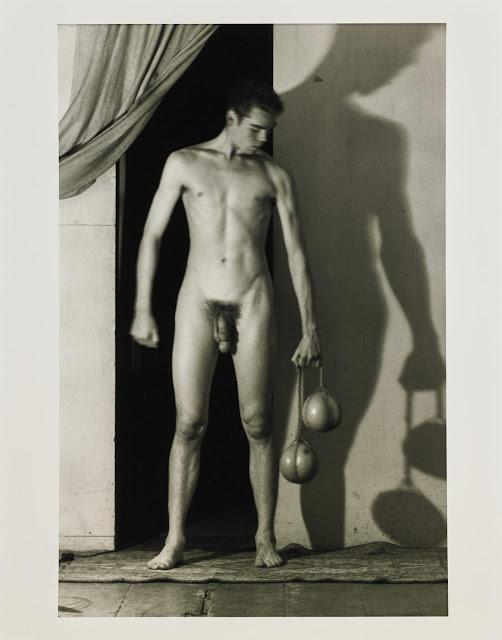 Larry K. found this photo among a group on a website mislabeled as Tennessee Williams.  Although PaJaMa did photograph Williams, he was not the subject that group of photos.  Thanks to Larry's excellent research skills, we learned that it is actually John Butler who was a dancer at the time.
Mr. Butler later became a notable figure in the New York art scene.  The dual imagery in this one is almost too cute, but I  have to say I'm quite taken with it.

Email ThisBlogThis!Share to TwitterShare to FacebookShare to Pinterest
Labels: PaJaMa