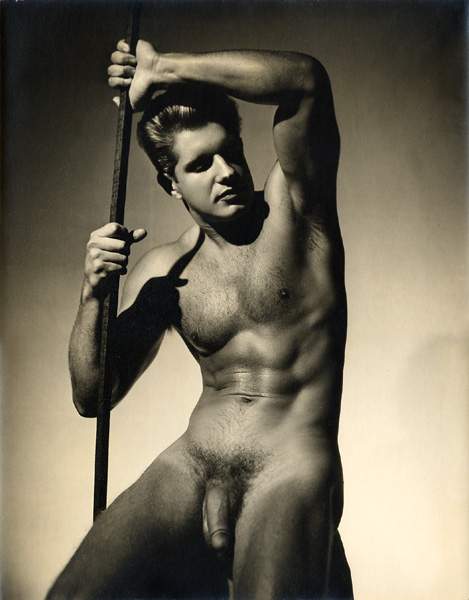 Today we feature one of Douglas of Detroit's favorite models, Bob Delmonteque, in a double
feature.  Bob moved on after Doug Juleff was brutally arrested to model on the West Coast
and become a good photographer in his own right.  Eventually, he founded a successful gym
and fitness business.  More info on that raid and its aftermath appears in a later post today.  This
is a personal favorite that is unattributed in most collections, but looks like Doug Juleff's work.