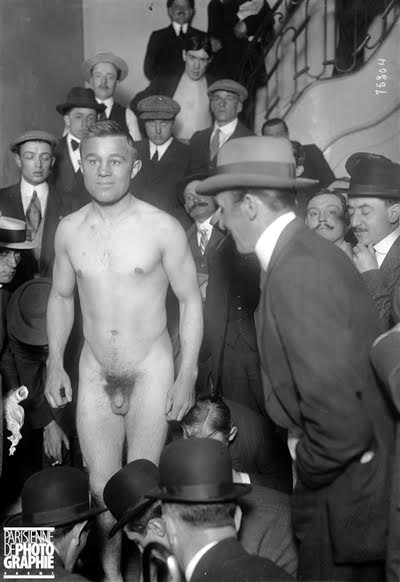 Editor's note:  Once again, we have Larry K. to thank for an amazing guest series.  This time the theme is weigh-in for boxing and wrestling matches.  You may have seen one or two of these before, but Larry has added context and dates to them.  Enjoy!

In the early days, fighters weighed in without a modesty towel.  This 1912 photo by Maurice Louis Branger depicts American boxer Billie Papke weighing in for a fight in France.