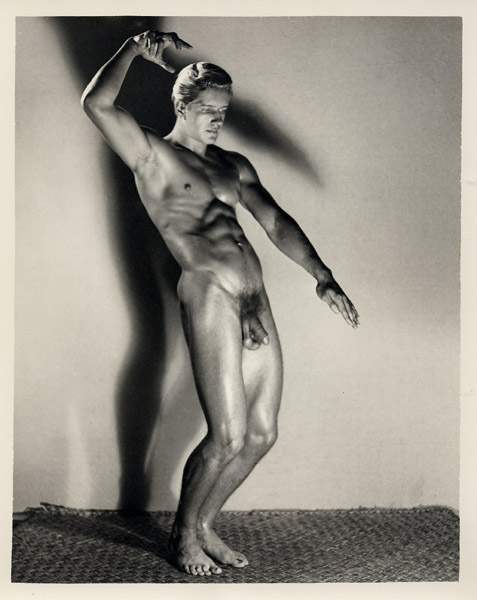 This dramatic photo of Bob came to me unattributed, but I think it might be yet another by Douglas of Detroit.  Much of Doug Juleff's work was either destroyed or put into hiding after the notorious 1958 police raid.  Some photos which were not lost later reappeared without attribution.  It was also not long after that when Delmonteque began to work in West Coast studios.  He may have had to move because the Detroit police engaged in the only known organized harassment of male nude models.  None of Bob's obituaries mention this episode, focusing instead on his gym businesses.