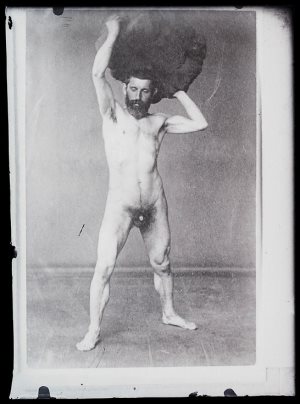 Both halves of today's double feature focus on bearded 19th C. men who show varying amounts of dramatic flair.  We start with the first of two posts I lifted from a great blog called myselfixion that you can see here: https://myselfixion.newtumbl.com/
Heaving at rock at some body, even a fake one, is pretty dramatic, eh?
Posted by Vintage Muscle Men at 2:30 AM