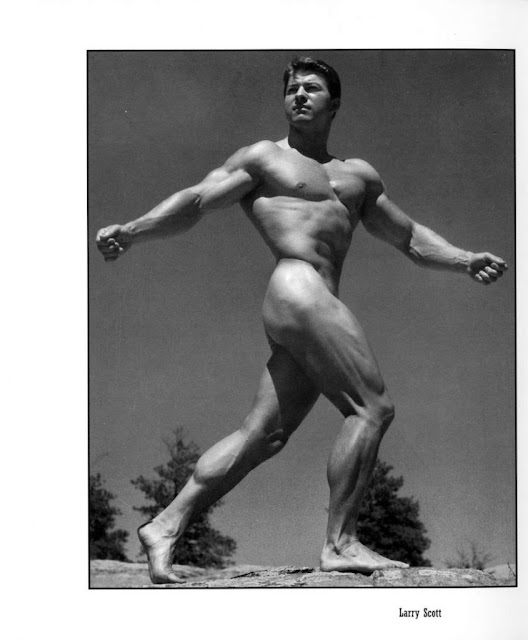 Larry Scott (1938-2014) was born and raised in Idaho, but moved to California at age 20
after winning a minor regional bodybuilding competition.  There he became a multiple
title champion.  Although photographed by several West Coast physique photographers
including Pat Milo and Bruce of LA, he returned to the Mountain West for Don Whitman to photograph him for what are now considered his signature images.  When I see this,
I think of pride, confidence, and a finely sculpted body in beautiful surroundings.
Posted by Vintage Muscle Men at 2:30 AM