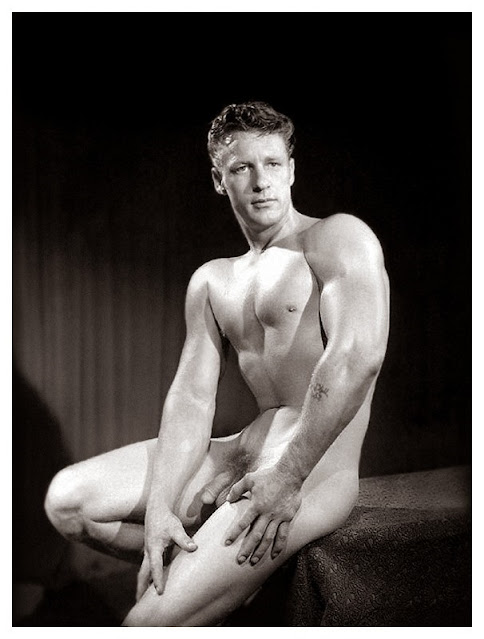 Douglas of Detroit (Doug Juleff) had his career cut short by a brutal police raid
in 1958 that resulted in his imprisonment and the destruction of much of his work,
as well as the harassment of his known models.  What we have left is comprised of prints
already in circulation at the time of the raid and a limited number of negatives that
had been moved to a friend's home.  It is believed by some observers that Doug got rid
of the notes with the names of the models in the negatives to protect them should they
be discovered.  As a result, there are more unidentified models in my Douglas of
Detroit collection than just about any other. Today I am featuring eleven of
them as a reminder of the price some people paid for our freedom.
Posted by Vintage Muscle Men at 2:30 AM

Email ThisBlogThis!Share to TwitterShare to FacebookShare to Pinterest
Labels: Douglas of Detroit