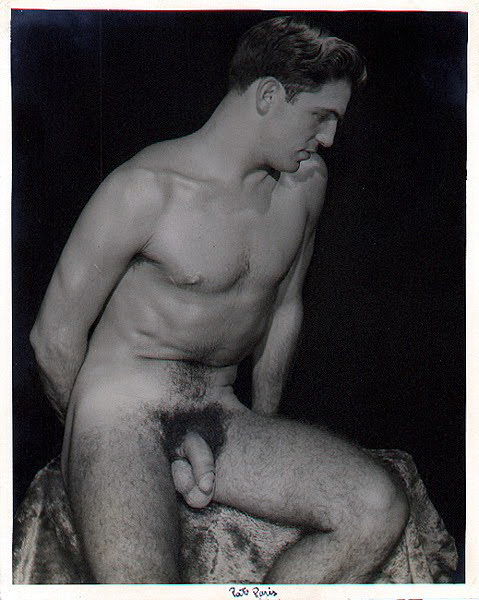 I recently learned that that Fred Kovert may not have taken all of the photos attributed
to him, although he did distribute all of them, resulting in legal problems.  Apparently,
Kovert hired photographers to do some of the work while participating to various
degrees in the posing and staging of the models.  The arrests and financial problems
they brought on are generally considered to be the cause of his 1949 suicide.
This Kovert photo is of Pat Paris, sometimes spelled Parris.
Posted by Vintage Muscle Men at 2:30 AM