Vic Seipke Day - A skimpy "whatever happened to" 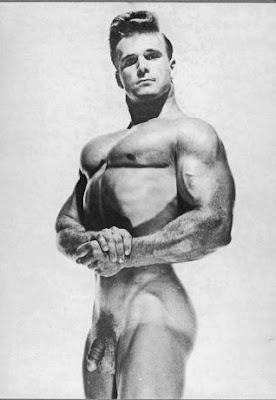 It's time for a long overdue second feature series on Vic Seipke, a remarkable model who was a championship bodybuilder before during and after his career as a nude model for Douglas of
Detroit.  Vic apparently escaped the repression that the Detroit police directed at Doug Juleff's
models and not only managed to keep his bodybuilding career, but also worked until retirement as a Michigan firefighter.  At that point, Mr. Seipke moved to a Florida with his wife and reminisced: 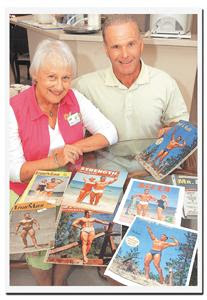 He apparently took good care of himself over the years
because he is still alive and well there at age 88.
Posted by Vintage Muscle Men at 2:30 AM

Email ThisBlogThis!Share to TwitterShare to FacebookShare to Pinterest
Labels: Vic Seipke, Whatever happened to . . .