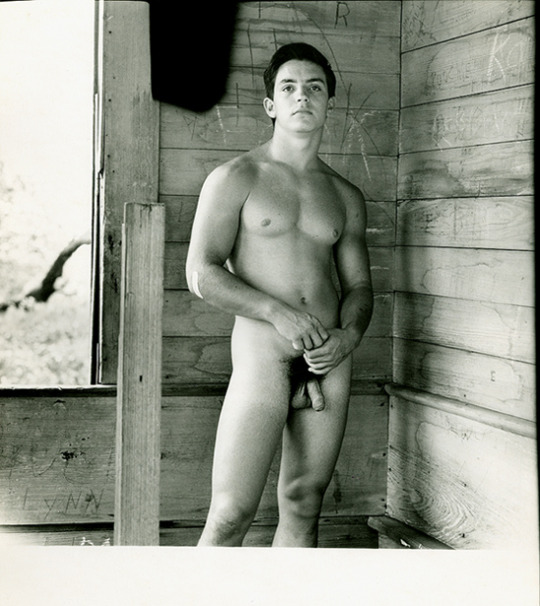 Les Demi Dieux was the trade name used by brilliant photographer Danny Fitzgerald.  Active only from 1958 to 1968, Mr. Fitzgerald's work was ahead of its time, taking a more artistic approach to the male body than most of the physique photographers of the time.  When the courts legalized full frontal male nudity in the late 60s, he stopped publishing male nudes and disappeared from the scene.  Perhaps he thought his tasteful and beautifully composed works wouldn't sell in the wide open and often crass environment of the new era.  By the late 70s, however, artists such as Roy Blakey, Roy Dean, and others were successfully marketing photos similar to Les Demi Dieux.  We start with this beautiful shot of Billy Wright in an abandoned building where Danny photographed several other models.
Posted by Vintage Muscle Men at 2:30 AM