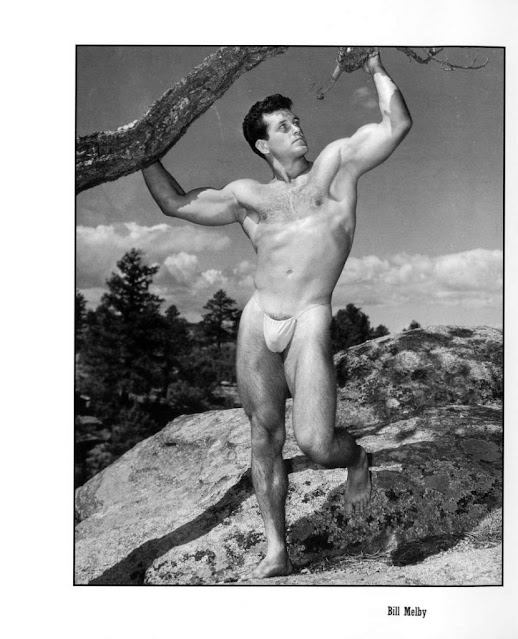 I never get tired of looking at Bill Melby.  He had a successful pro wrestling career in addition to modeling for Don Whitman of WPG and Bruce of LA.  Bruce managed to snag at least one full frontal shot, but to be honest, his work for Don Whitman was better despite the lack of frontal nudity.
Posted by Vintage Muscle Men at 2:30 AM