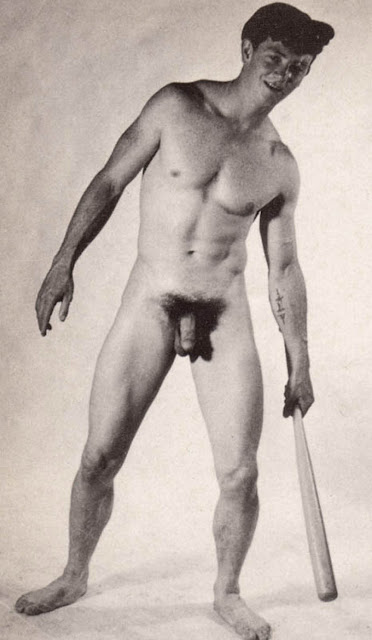 Today I'm doing a rare triple feature on baseball.  I started to do all 19th Century pro baseball players in uniform, but that would have resulted in some audible whining.  (I'm not going to mention any names, but you guys know who you are, lol.)  So I caved in and started off with  mid-20th century nudes.
Posted by Vintage Muscle Men at 2:30 AM

Email ThisBlogThis!Share to TwitterShare to FacebookShare to Pinterest
Labels: sports