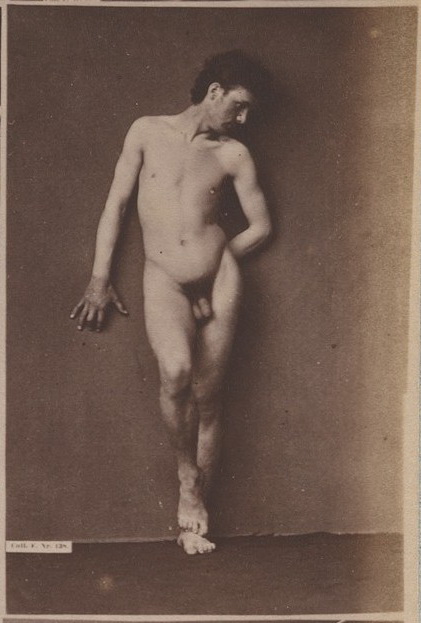 This model appears in a number of photos attributed to Igout, including one of the two double panels in today's series.  My interest was drawn to his hand for two reasons.  First, he apparently worked mainly outdoors in long sleeves since only his hand is tanned.  Second, there is something intriguing about the way he his holding his fingers against the wall.  I don't know why I noticed that, but I did.
Posted by Vintage Muscle Men at 2:30 AM