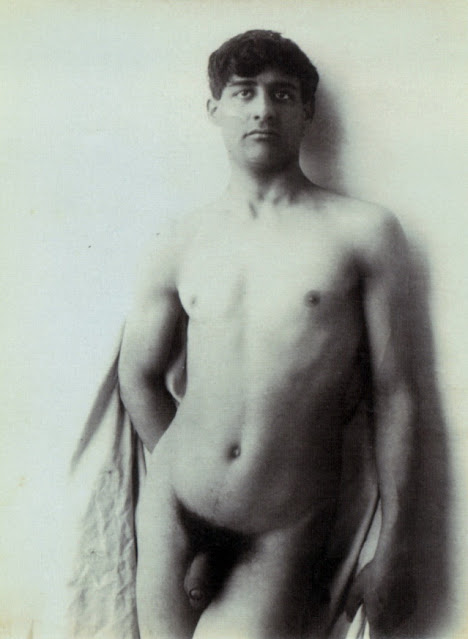 Wilhelm von Pluschow was the older cousin of the better known Wilhelm von Gloeden.  They both decamped from Germany to Italy in the 19th Century and took up photographing (and bedding) young men.  Their work is sometimes confused with each other's and that of von Gloeden's lover Galdi, who also did nude photography.  So it's no surprise if you've seen conflicting attributions for their work.  We start with a photo that is relatively simple compared to much of von Pluschow's work.
Posted by Vintage Muscle Men at 2:30 AM