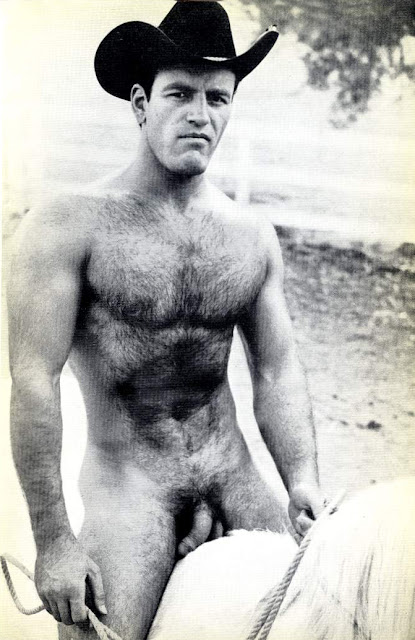 I had an anonymous request a few weeks ago for a series on Dick Dene, and the only question that occurred to me was why I hadn't thought of it myself.  He signed on with Bruce of LA in 1961, and appears to have had about four sessions with him between then and 1965 when he did a short posing strap movie called "Cowboy Washup."  Some stills from that film appeared the same year in Manual magazine.  We start today's series with Dick on his horse, as mentioned in the request.  From what I've pieced together, it seems that Bruce took some frontal nudes of Dick in cowboy gear that weren't part of either the movie or the magazine piece, but were privately distributed or saved for later.
Posted by Vintage Muscle Men at 2:30 AM