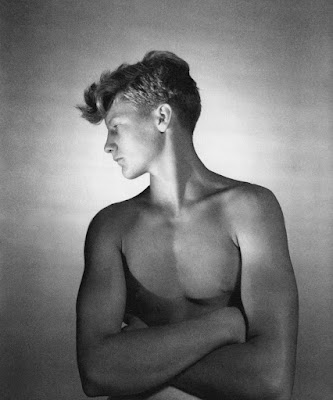 Charles "Tex" Smutny (1925-1987) was born in Wichita Falls, Texas, but the family moved to Long Island, NY before he was five years old.  Still in high school when this striking photo was made, he had somehow come onto George Platt Lynes radar.  Speaking of high school, below is Tex's senior school portrait and his activity list from Long Island City High School's 1944 yearbook:

He was in the army before the ink on the high school yearbook was dry, but he continued his education on the GI Bill as soon as World War II ended.  This is his 1950 Springfield College senior piece: 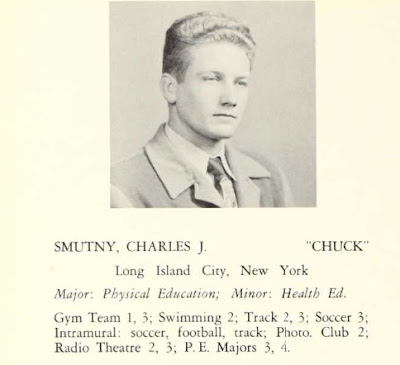 Tex eventually ended up as a dance instructor at Smith College.
Posted by Vintage Muscle Men at 2:30 AM

Email ThisBlogThis!Share to TwitterShare to FacebookShare to Pinterest
Labels: George Platt Lynes, Whatever happened to . . .