Well, it does have a sail. 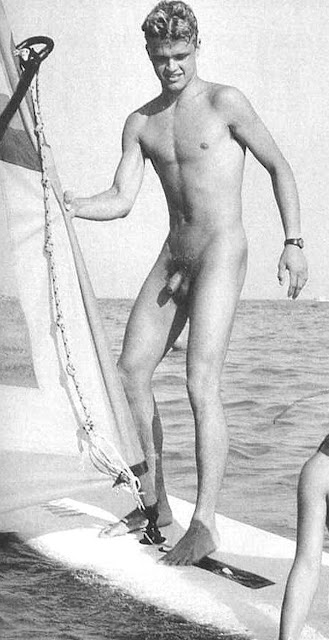 There were two reasons I almost didn't include this picture.  First, it's a windsurfer and not a boater, but I've stretched categories more than that before.  Second, I was not sure it was pre-1975, but some checking showed that it was from a 1970-ish magazine and windsurfing equipment was produced in quantity as early as 1968.  I have a neighbor who's constantly doing it . . . with his shorts on, alas.
Posted by Vintage Muscle Men at 2:30 AM