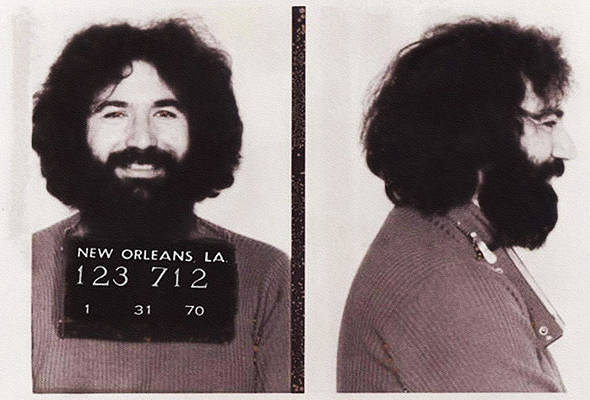 Jerry Garcia and the rest of the Grateful Dead were arrested on bogus drug charges in New Orleans in early 1970.  The charges were eventually dropped, and Jerry Garcia's mug shot lets us know he didn't take it too seriously, although he spent eight hours in Central Lockup.  I think he's cute.
Posted by Vintage Muscle Men at 2:30 AM

Email ThisBlogThis!Share to TwitterShare to FacebookShare to Pinterest
Labels: Hippies