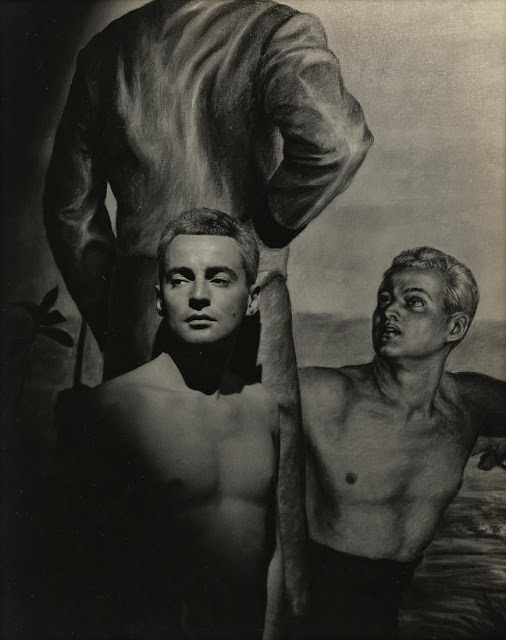 George Platt Lynes was never afraid to get in front of the camera himself, often posing for other photographers and even doing so nude for his friend Jared French.  Speaking of Mr. French, this is a self portrait of Lynes in front of French's mural Cavalrymen Crossing a River.  Lynes not only posed for photos, but posed for paintings as well, appearing in more than one of French's works.
Posted by Vintage Muscle Men at 2:30 AM