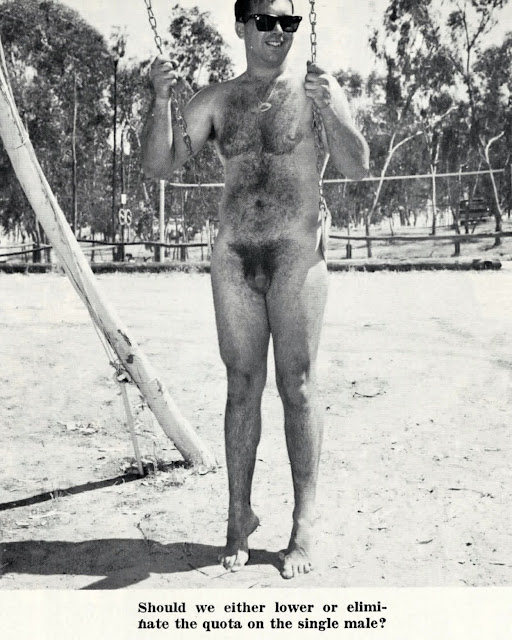 Monday's theme is hairy nudists, and we start with an ordinary looking guy.  The question posed in the magazine caption had to do with most nudist organizations' mid-20th Century policies limiting the number of single men admitted.  This was variously described as anti-gay or a means of keeping the women from being outnumbered 5 to 1.  Either way, it was the rule for a long time.
Posted by Vintage Muscle Men at 2:30 AM