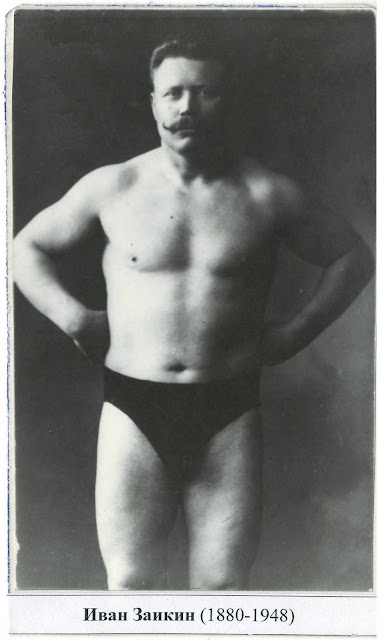 Ivan Zaikin was a very interesting Russian who was a champion weightlifter, wrestler, circus performer, and aviator.  He apparently took flying lessons while touring France in 1910, and that led to his doing air shows in the major cities of Russia until he was scared out of his wits by a crash shortly before World War I broke out.  By some quirk of fate, he ended up living many years in the backwater of Chisenau, Moldova.  It might have been a good place to avoid Stalinism.
Posted by Vintage Muscle Men at 2:30 AM