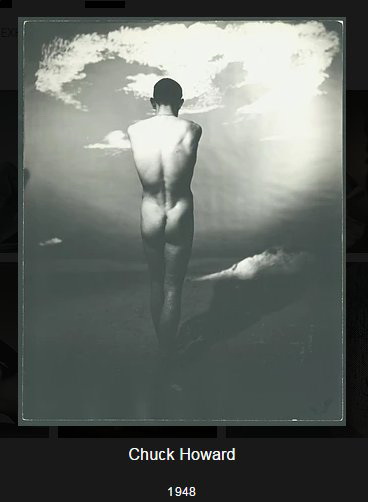 Chuck Howard was in the Navy during World War II when he met Lynes' friend Bernard Perlin.  After the war, the two moved in together, but Perlin got a fellowship in Rome and handed Chuck off to Lynes as a "secretary and cook."  Howard described Lynes as bored with photographing fashion models and celebrities.  It wasn't long before Lynes was taking nude shots of Chuck.
Posted by Vintage Muscle Men at 2:30 AM