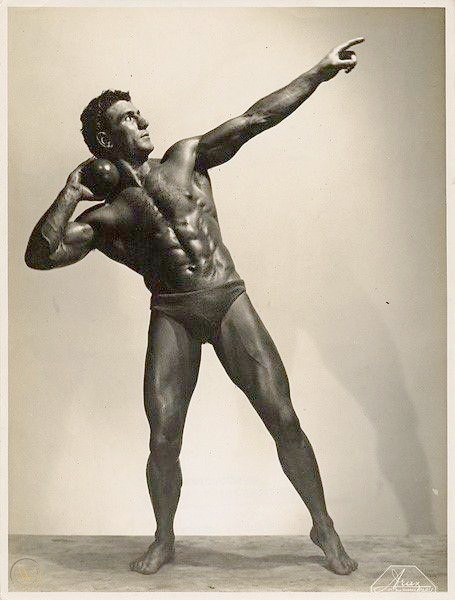 In this Arax shot from 1949 we can see the beginnings of Mr. Drapp's chest hair coming back in.  I'm guessing he had removed it during his peak bodybuilder competition years of 1945-48.  At this point he would have been transitioning into pro wrestling which he pursued until almost 1970.
Posted by Vintage Muscle Men at 2:30 AM