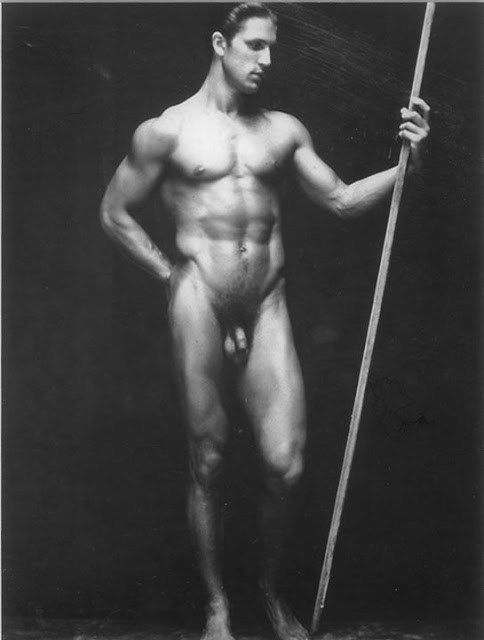 Tony Sansone (1905-1987) took a Charles Atlas course at age 18 and was later declared by Mr. Atlas to be "the most beautiful man alive."  He started his professional life as a dancer, but moved into acting when he injured his knee.  He also appeared in a silent movie or two, published books of naked photos of himself, and posed for sculptors.  By the late1930s he was operating a gym that taught his natural style of physical development with Steve Reeves as one of his pupils.  Mr. Sansone modeled throughout these career changes and has left us a large body of photos.  We start with a simple classic.
Posted by Vintage Muscle Men at 2:30 AM