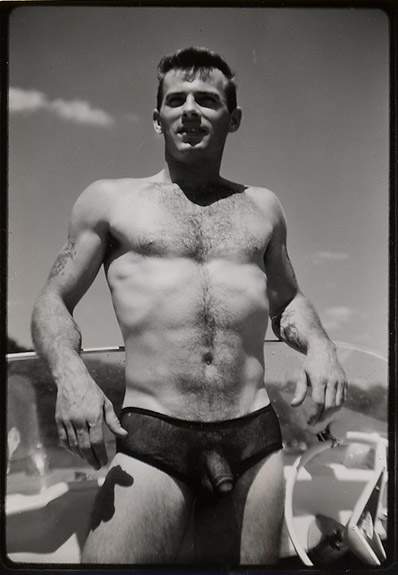 There was a period of several years in from about 1962 to 1968 during which it wasn't really clear to what extent male frontal nudity was legal.  This was because various appeals courts in different regions of the USA had differing standards.  Walter Kundzicz of Champion Studio came up with a clever way around this by using a wide range of sheer and mesh undies to throw off the censors.
Posted by Vintage Muscle Men at 2:30 AM