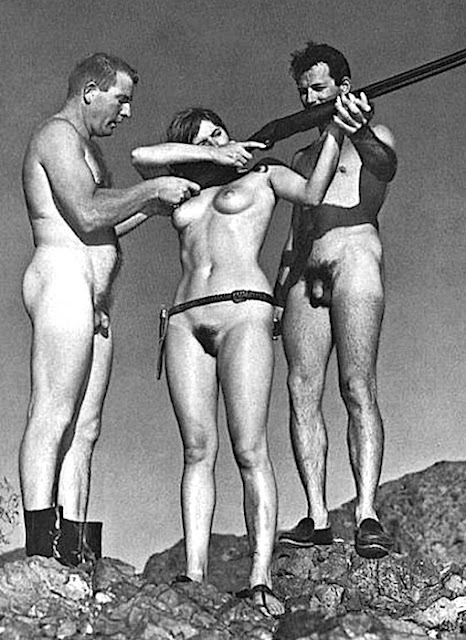 Not too long ago, I mentioned that I might stop cropping the females out of at least some of the nudist photos I post.  Perhaps surprisingly, I got some comments and emails in favor of the idea, so here we go.  (For the more squeamish among you, I've decided to begin with pictures in which the males at least outnumber the females.)  Starting with a photo that includes one of my favorite nudist magazine men, the fellow at left.  While his boots might seem over the top, they are quite practical when in rattlesnake and sharp rock country.  He knows what he's doing and looks good.
Posted by Vintage Muscle Men at 2:30 AM

Email ThisBlogThis!Share to TwitterShare to FacebookShare to Pinterest
Labels: Nudists