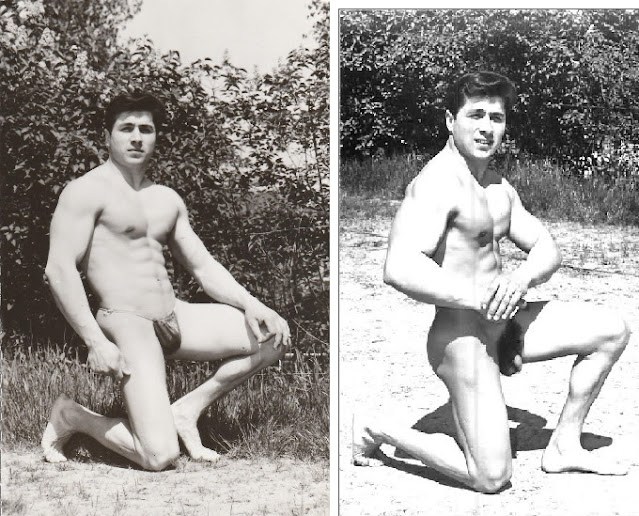 Bob Harvest, aka Robert Hernandez, worked in France during the 1960s photographing bodybuilders and nudists.  (As you will see, there was some crossover between those groups.)  He used some of the same models as the better known Jean Ferrero, and my collection of his work is very limited.  I would appreciate it if anyone with additional photos by Harvest would pass them along.  As always, you will be credited if I post them.  We start with two similar poses by Charles Treard.
Posted by Vintage Muscle Men at 2:30 AM