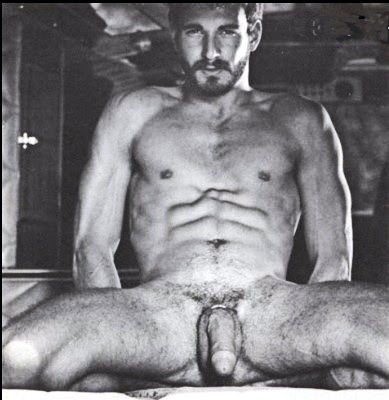 Although Al Parker's career as a porn star peaked in the 1980s, his meteoric rise to fame started in the 70s.  Born Drew Okum in Natick, Massachusetts, his first media appearance was on the poster for the documentary movie Woodstock from 1969.  His parents, thinking Woodstock was a classical music event, lent the 17 year old their car so he could attend the festival.  Jim French of Colt "discovered" Drew in the mid-70s and suggested he change his name to Al Parker, which was also the name of an accomplished magazine illustrator.  The rest, as they say, is history.
Posted by Vintage Muscle Men at 2:30 AM