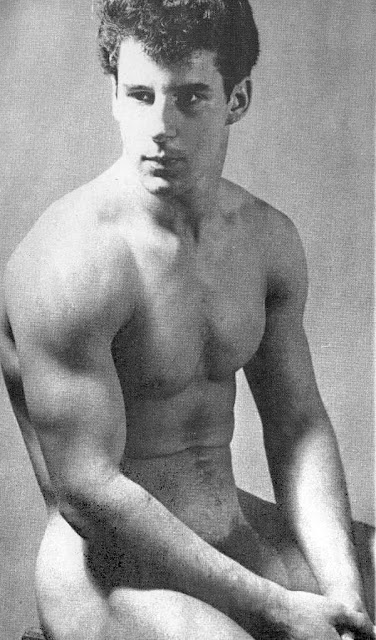 Ending our A List from Bryan B. with Larry Perreir photographed by the Avery Willard Studio.
Mr. Willard (1921-1999) was a photographer, publisher, film maker, and gay activist best known
for his photographic chronicling of the mid-20th C. Broadway and Off-Broadway theatrical scene.
He also delved into physique photography well before the late 60s liberalization.
Many thanks to Bryan B. for these and the many other photos he contributed.
Posted by Vintage Muscle Men at 2:30 AM