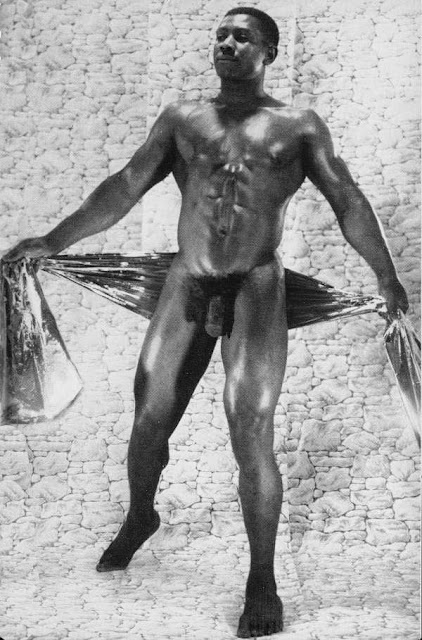 June 19, 1865 was the day that the last slaves in the USA were officially liberated when Texas,
the last holdout Confederate state, turned over its government to Federal troops.  Celebrated ever
since as Juneteenth, it has gained national prominence.  So today I will join in by posting 10 unidentified photos of African-American men sent to me by a kind donor who prefers to remain anonymous.  We start with a very masculine man making use of a strip of gold lame' cloth.
It's something of a juxtaposition, but really quite nice.
Posted by Vintage Muscle Men at 2:30 AM