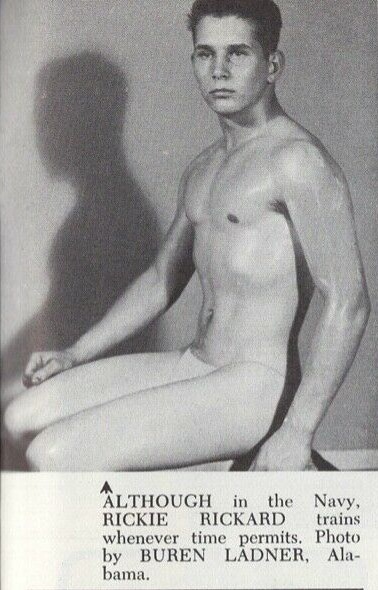 Buren Ladner (1924-2015) was a World War II veteran from Mississippi who took up photography after the war to help deal with PTSD.  His obituary mentions his developing his own pictures, but does not go into detail about what sort of photography.  A practicing attorney for over 40 years in Gulfport, he never married.  I suspect that he dropped his first name (Oscar) and used an address in nearby Alabama to mask his identity.  This 1957 photo, alas, it the only image that either Bryan B. or I could find.
Again, my deepest thanks to Brian B. for his remarkable generosity.
Posted by Vintage Muscle Men at 2:30 AM