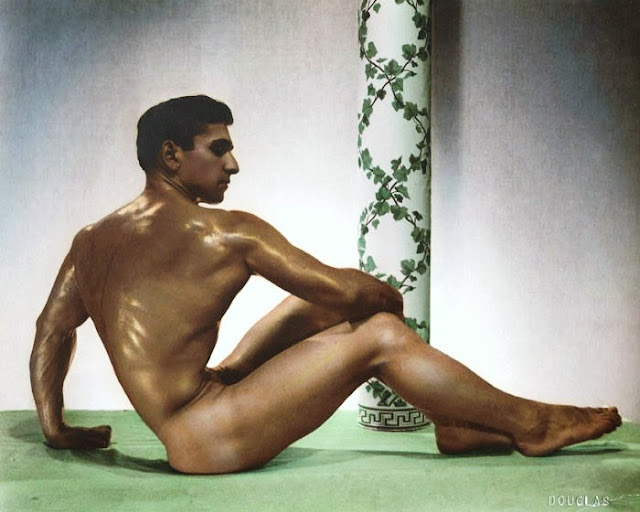 When it comes to identifying Douglas of Detroit's models, matters are complicated by the
fact that many of his records were destroyed in the police raid.  Pictures already distributed up to
that point often had no names attached, but painstaking detective work by archivists has produced
some IDs.  Also, it is thought that Mr. Juleff  removed the names off some of his surviving work to protect his models from police harassment, something that actually happened in Detroit, but not
many other places..  He seems to have been going for a Greek aesthetic in this photo.
Posted by Vintage Muscle Men at 2:30 AM

Email ThisBlogThis!Share to TwitterShare to FacebookShare to Pinterest
Labels: Douglas of Detroit