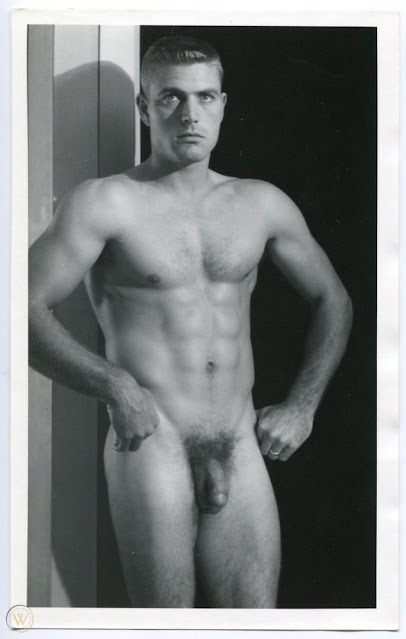 There are differences of opinion as to who took this photo of Don Deckman and a similar one I posted over two years ago.  Some think they were taken by Lyle Frisby before his death and printed and distributed by his partner Pat Milo later.  Others think Milo did the whole project, and there are a number shots of Mr. Deckman firmly attributed to Milo.  Either way, he is one great model.
Posted by Vintage Muscle Men at 2:30 AM